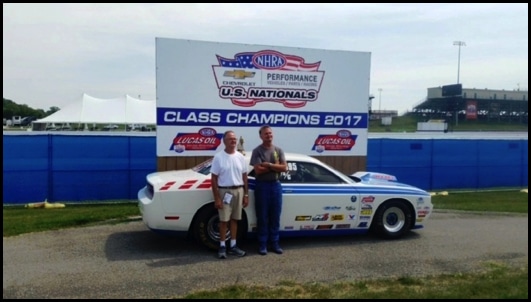 Luke Ubelhor, on the right in picture, is the driver and co-owner of the stick shift 2009 Drag Pak Challenger. Luke won his stock class division at Indianapolis Raceway Park on August 31, 2017. Zach Ubelhor, on the left, is the mechanic, co-owner and husband of Brenda Ubelhor in Human Resources/Data Entry. Since they have started racing with this car in 2011, they have received their second Wally! 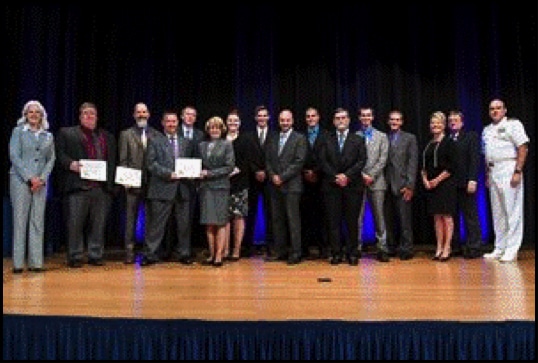 Mr. Zane Ubelhor, Systems Engineer of NSWC Crane Division, his team and two other teams were part of receiving three prestigious value engineering awards at the Department of Defense on Tuesday, July 18, 2017, at the Pentagon auditorium.  They were recognized for building and delivering The Wide Field of View Night Vision goggle that changed the size, weight and power improvement of nearly 40 percent for the military.  They delivered this in a shortened time that resulted in a savings of 12 months and realized cost benefit of 9.53 million.

Zane is the son of Brenda Ubelhor in Data Entry, and is pictured 8th from left. 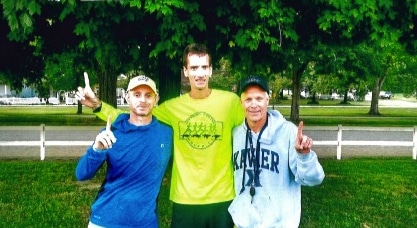 Don Small (3rd shift Press) ran an overnight 10 hour race in July. He had a team of 3 men and they each ran about an hour each time. Last year’s record was 70 miles ran in those 10 hours. Don and his team wanted to beat that record, and they ended up with a total of 77 miles and setting a course record and coming in 1st place. Don ran a total of 29 miles out of the 77. He said they will be going back next year to defend their title. Awesome job, well done! 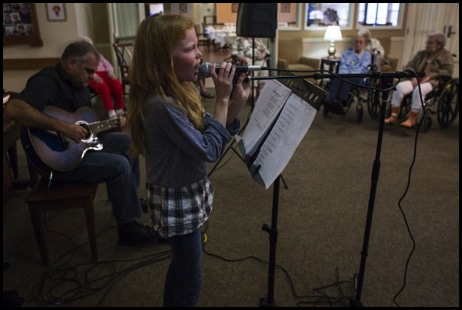 Felix Buelna (3rd shift Maintenance) and his son Eric competed in the Kentucky River Race which is a 255 mile canoe/kayak race. They had 100 hours to complete this race. It started on July 11th and ended on July 15th paddling day and night and only getting an average of 1-3 hours of sleep each night. This was the first time Felix competed in something like this. He did this race with only 4 hours of training. They finished in 3rd place! Congratulations on your accomplishment! 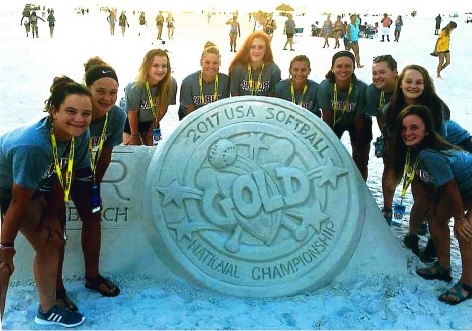 Brianna Quinn, the granddaughter of Joni Fromme (1st shift Trim), qualified to compete in the 2017 Softball National Tourney held in Clearwater, Florida.  Brianna played third base for the Lady Jasper-CARDS 16u softball team.  Brianna is a Freshman at Heritage Hills high school.  She is pictured 5th from left.

We are proud of Brianna and her accomplishments!  Way to go!! 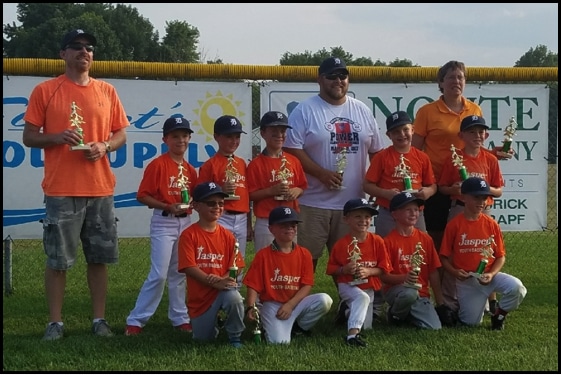 Their record was 7 wins and 3 losses. They were ranked 3rd in the league at the end of the season. But came out on top at the tourney.

Quinten is pictured in the 1st row, 4th player from the left.

Congratulations Quinten! We’re proud of you!! 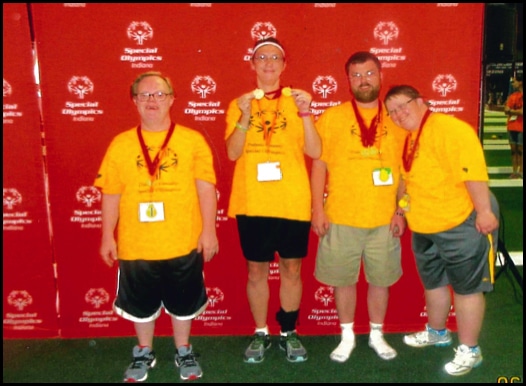 Scott Clark, pictured third from left, participated with his Special Olympics team at Terre Haute Bocce Tournament in June. He received two gold medals for his efforts. Scott works in the Maintenance department on 1st shift.

Congratulations to Scott and his team!

We are proud to announce that Don Small has qualified for the Boston Marathon! Don has been with Jasper Rubber for 12 years and is employed as a Press Operator on 3rd shift. Don ran cross country at Crawford County High School. The time needed for Don’s age group to qualify for the 26.2 mile Boston Marathon is 3 hours: 25 minutes. In a race at Columbus, Indiana this summer, Don was timed at 3 hours: 11 minutes: 46 seconds, this time qualified him to run in the 2016 Boston Marathon. Don’s training consists of 5 to 8 miles a day during the week and 15 to 24 miles on the weekend. To help stay fit, Don’s diet includes a lot of vegetables and he avoids sugar. Days before a race, Don gears up by adding a lot of carbs to his diet including bread, potatoes and rice. Don currently resides in Ferdinand with his wife, Lora and daughter, Alyse.